The Heart of the Kenai Peninsula 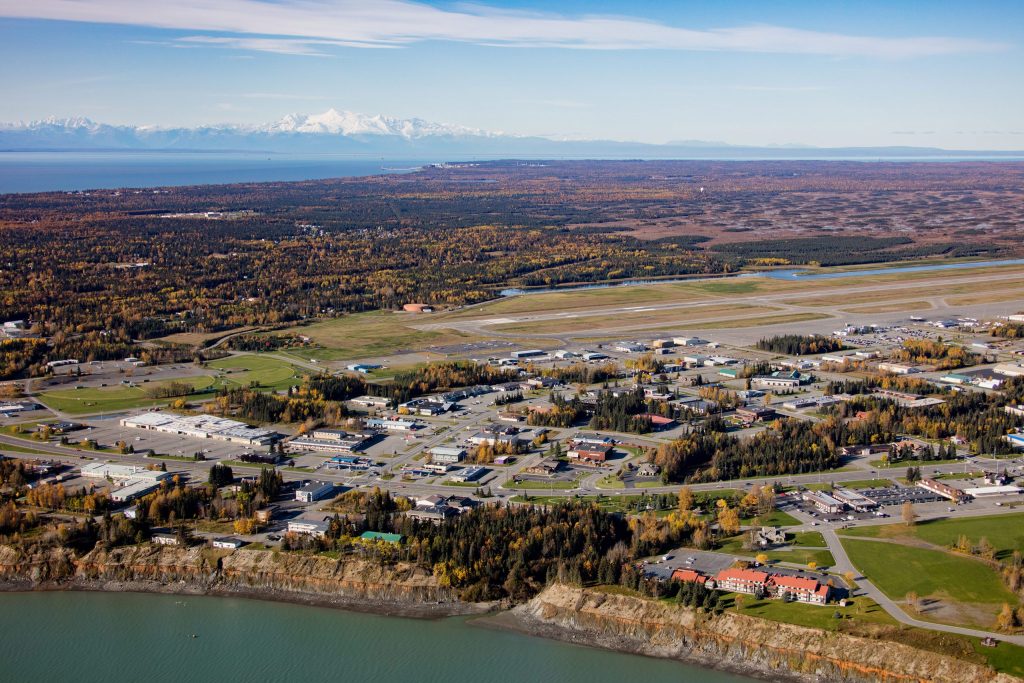 Known as “Alaska’s Playground,” the Kenai Peninsula is endowed with recreational opportunities formed by its abundance of rivers, trails, and mountains. In addition to its natural surroundings, the peninsula also includes small villages and quaint towns, some of which make up the most populous cities in Southcentral Alaska.

Easily accessible from Anchorage, Kenai is on the west side of the Kenai Peninsula located where the mouth of the Kenai River pours into the Cook Inlet. Three active volcanoes stand majestically across the inlet: Mt. Redoubt, Mt. Spur, and Mt. Iliamna. As a major port and transportation hub by air, Kenai’s convenient location gives visitors and locals alike east access to a plethora of outdoor activities.

Enjoy world-class fishing on a local charter. Stroll the unique Kenai Beach known for its astounding sunsets and jaw-dropping views of mountain chains. View wildlife on land or by boat. Ride bikes along it’s many trails and scenic views.

Whether you’re a history buff or simply curious to know how the city of Kenai transformed into the thriving coastal town it is today, Old Town’s historic sites provide many ways to unveil the significant events of the city’s past.

Sitting peacefully within Old Town Kenai is the Holy Assumption Russian Orthodox Church, which was built in 1894. It is the longest standing Russian Orthodox church in Alaska, and it was the epicenter for the assimilation of Native populations on the Kenai Peninsula.

Yet Kenai itself was formed in 1741 when the Russian fur traders first arrived to settle in lands where the Kachemak people and Dena’ina (later known as Kenaitze) had lived since 1000 BC. What followed was a chain of actions that led to friction between the native villagers and Russian settlers. Throughout Old Town Kenai, these traces of the past are apparent with historic buildings and landmarks.

Employment opportunities can be found in a variety of industries, making Kenai one of the most diverse economies in Alaska. Kenai is home to the Oil & Gas industry in Alaska, world-renowned sport fishing, medical, education, service, and, of course, travel and tourism.

According to Kenai Peninsula Economic Development District, Inc., or KPEDD, Oil and Gas is Alaska’s largest non-government industry and generates 38% of all wages statewide. Offshore oil discoveries in 1965 caused a period of rapid growth and has since produced 1.4 billion barrels of oil. This led to Kenai becoming the oil capital of Alaska and later the major hub for natural gas production. Nearly all the natural gas used in the state for heating and power generation comes from the Cook Inlet Basin.

For many, the Kenai River and Cook Inlet are major destinations for sport fishing for king salmon, red salmon (sockeye), silver salmon (coho), pink salmon and trout. Within the inlet, anglers pursue halibut and cod, among other species. The city of Kenai is considered one of the best places for fishing and a bucket list destination for people who want to cast a line surrounded by natural beauty.

As the largest city of the Kenai Peninsula, Kenai is a major commercial hub that is home to an entrepreneurial spirit that gives birth to hundreds of small businesses. The Kenai Chamber of Commerce and Visitor Center serves the business community to promote, support and advocate for their members and to inspire commercial activity within the city of Kenai.

To learn more about Kenai and what makes it the heart of the Kenai Peninsula, visit I Love Kenai.